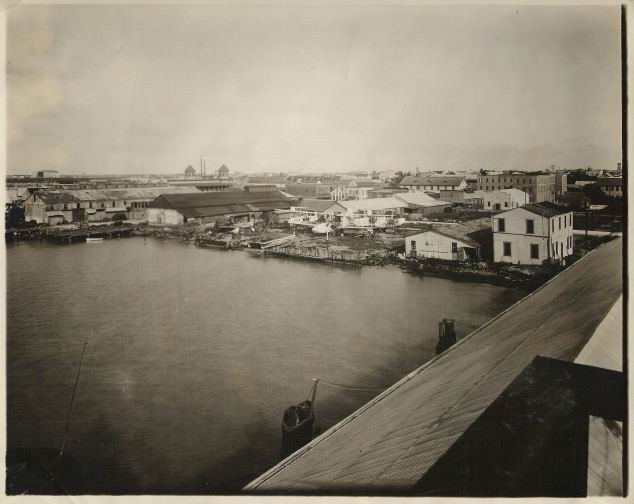 Aeromarine's Key West, FL, base in late 1921 or early 1922.
The base became more developed later as can be seen in the panarama view below.
(Photo courtesy of Robert Fraser Farnsworth)

This panorama view shows the Key West base in the summer of 1922.
The base was located at the foot of Duval Street, the main street of Key West, seen at the extreme right.
The address was listed in the timetable of 1922.
The Aeromarine hangar sheds are at the center with the logo on the roofs and the front of the buildings.
They are next to the carrier pigeon coop building.
The aircraft were stored for the summer with the wings taken off (see photo below).
To the left is a harbour float that says "Aeromarine Airport".
This is a scan of a photocopy, hence the poor quality. It has been assembled from two photos.
(Photos from the scrapbook of Bernard L. Smith, Aeromarine's Base Manager at Key West,
via Professor Bill Leary, Department of History, University of Georgia, Athens, GA)
Click for larger view 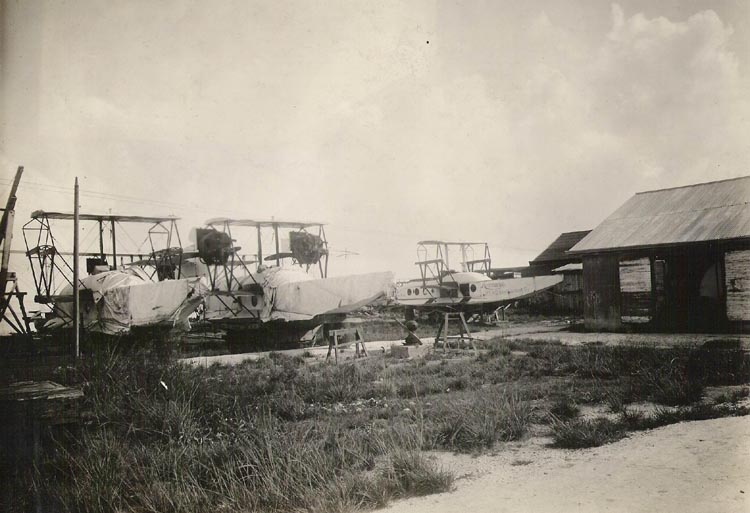 Aeromarine Model 75s were stored in the summer of 1922 at Key West, awaiting the beginning of the winter season.
(Photo courtesy of Robert Fraser Farnsworth)
Click for larger view

Photos of other Aeromarine bases/airports on the following pages: