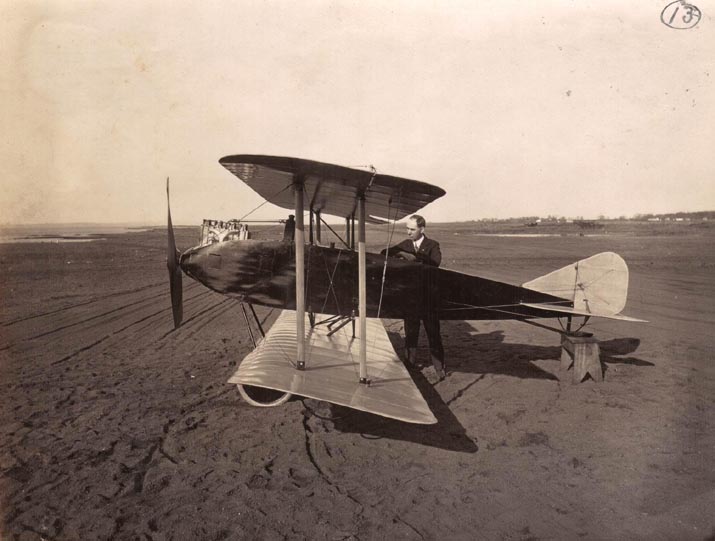 This photo shows Hugh Robinson, Plant Superintendent for the Aeromarine Plane and Motor Company, and dates to 1917.
It was taken on the runway of the Aeromarine factory at Keyport.
The plane is an Aeromarine Model R-13 (13 was Robinson's lucky number;
he crashed many times in early Curtiss Exhibition flights, but since he had the 13 on his aircraft, he always managed to survive).
The R-13 was one of the world's first sport planes and was designed by Robinson while he was at Aeromarine.
Only one plane was ever produced and it crashed, but luckily with no fatalities.
As an interesting aside, Robinson and his oldest son were very interested in the new science of radios.
While in Keyport they were officially credited with transmitting the first voice broadcast heard across the Atlantic.
They played a record and someone heard it in Scotland and sent them a postcard to let them know.
(Photo courtesy of Tom Heitzman)
Click for larger view 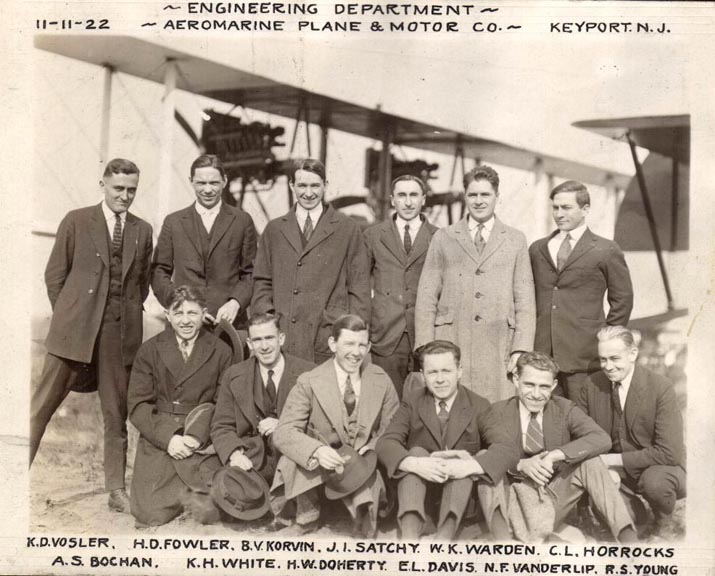 Photo dated November 11, 1922, showing the employees of the Engineering Department of the Aeromarine Plane and Motor Company.
Click for larger view 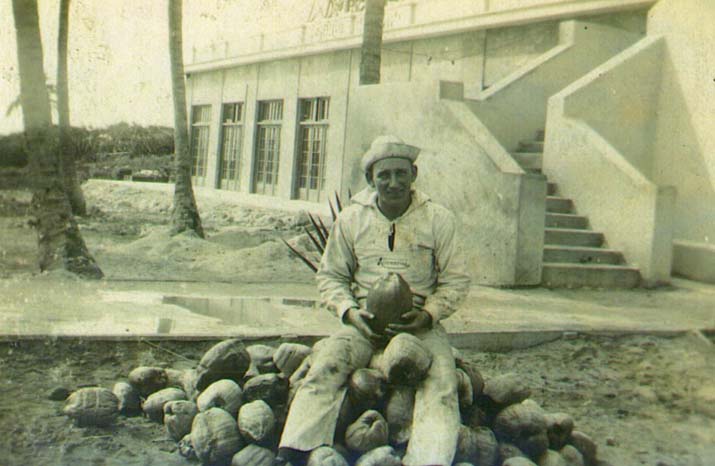 Richard Griesinger, an Aeromarine mechanic, in one of the airline's uniforms - note the Aeromarine logo on the chest.
The photo was taken at Bimini in early 1921.
Compare Richard Griesinger's uniform to "Mitzie" Strang's below.
Mr. Griesinger's family donated to the Keyport Historical Society a large number of photos that he put together while working for Aeromarine.
Most of the Society's contributions to this website are from this collection.
(Photo courtesy of the Keyport Historical Society, Keyport, N.J.) 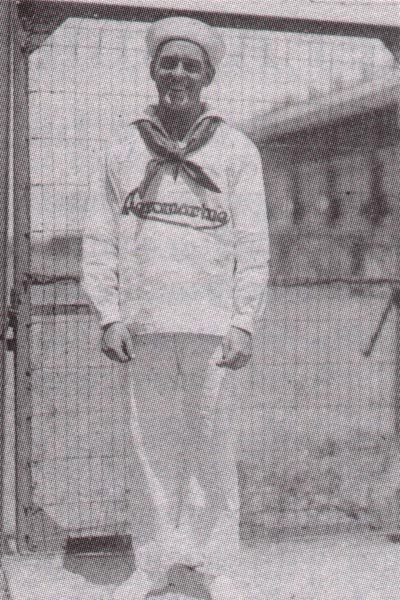 Adiel "Mitzie" Strang, mechanic with the Aeromarine Plane and Motor Company,
in front of the Aeromarine factory in the summer of 1921.
(Photo from "From the Balloon to the Moon: New Jersey's Amazing 200-Year Aviation History", 1992, by H.V. Pat Reilly)

Theodore L. Tibbs, one of Aeromarine's pilots, photographed in the early months of 1921.
(Photo courtesy of Robert Fraser Farnsworth) 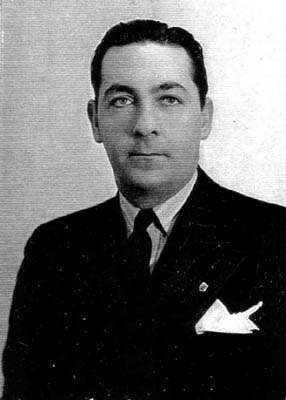 See also Aeromarine management and operational personnel page, where all employees above are listed.