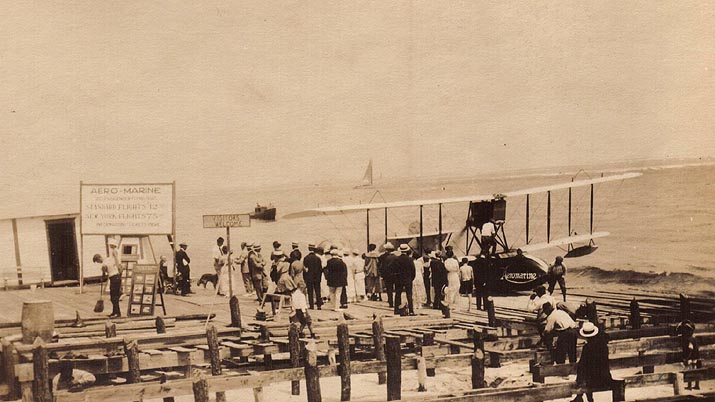 A view of the Aeromarine Airport on the beach at Atlantic City, N.J., in the summer of 1920 or 1921.
A Model 50 has been driven up on the beach for easy loading.
The big sign says:
"Aero-Marine 20 Passenger Flying Boat
Standard Flights $12.00
New York flights $75.00
Information Tickets Here"
Click for larger view (detail) 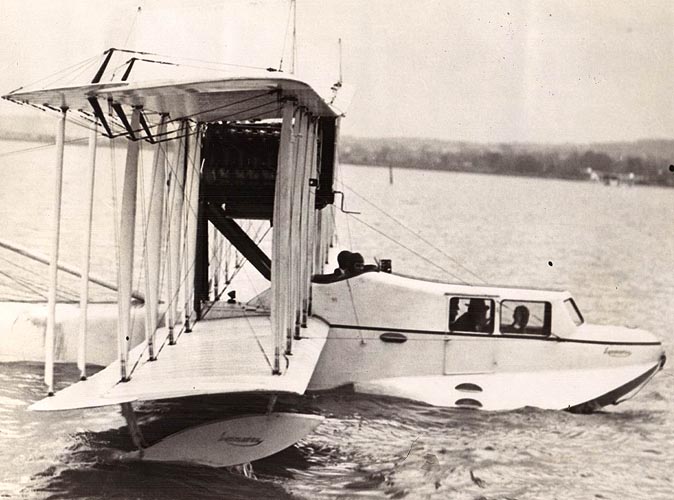 This photo of a Model 80, showing its enclosed passenger compartment, dates to the spring of 1921.
(Photo courtesy of the Keyport Historical Society, Keyport, N.J.) 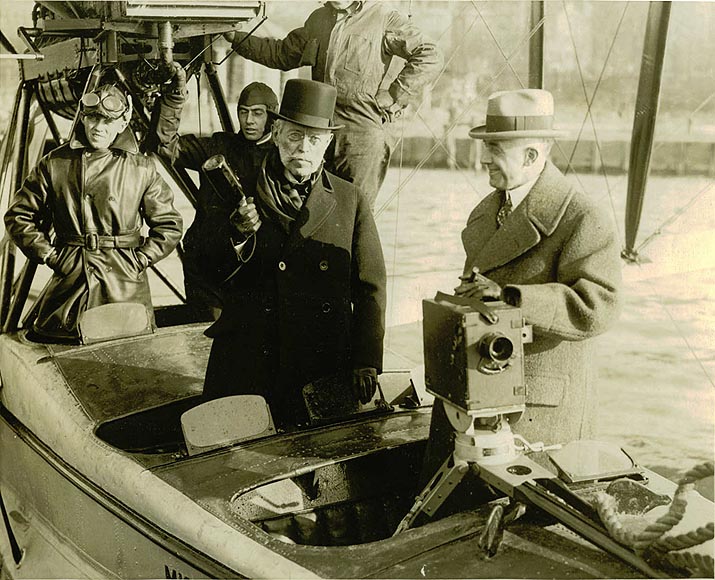 Christening of the Miami in the spring of 1921.
Charles Fraser Redden is the man behind the camera; pilot Cyrus J. Zimmermann is holding on to the engine.
Is the gentleman in top hat ex-president Woodrow Wilson?
(Photo courtesy of Robert Fraser Farnsworth)
Click for larger view (detail) 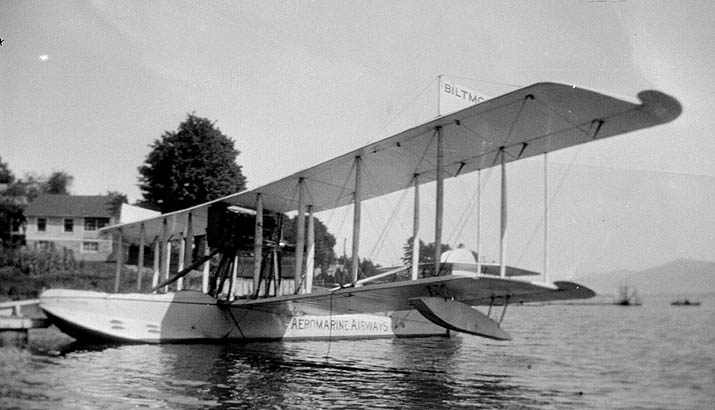 The Biltmore in the summer of 1921 at Lake George, NY, with the Adirondack Mountains in the background.
(Photo courtesy of Roy Nagel) 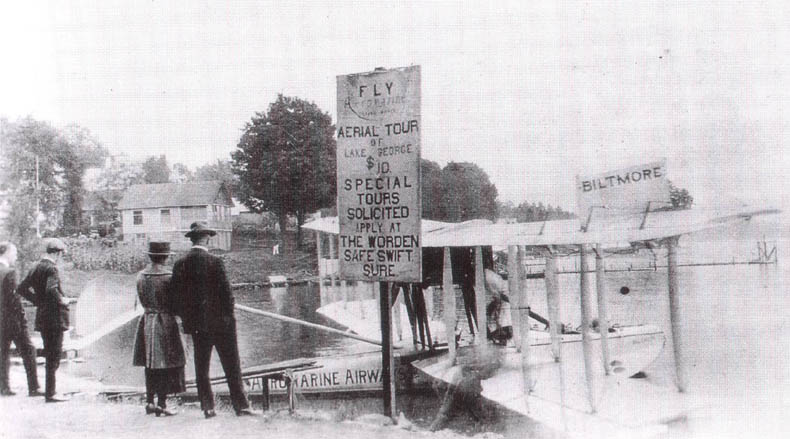 Another view of the Biltmore at Lake George, NY, during the summer of 1921.
(Photo courtesy of Jon Krupnick) 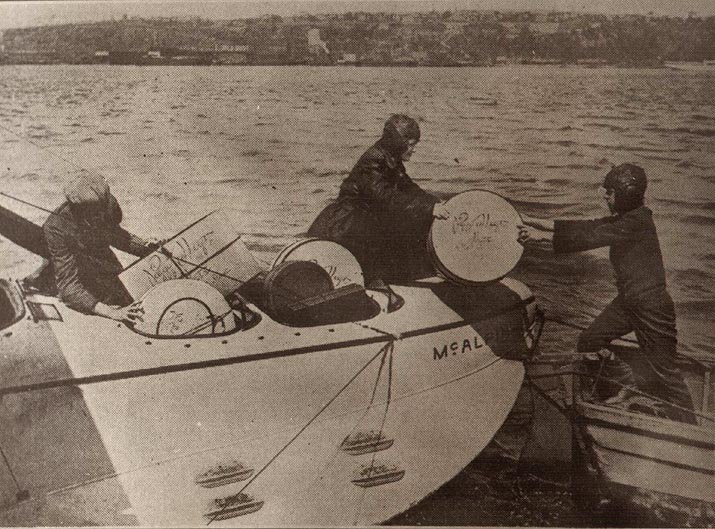 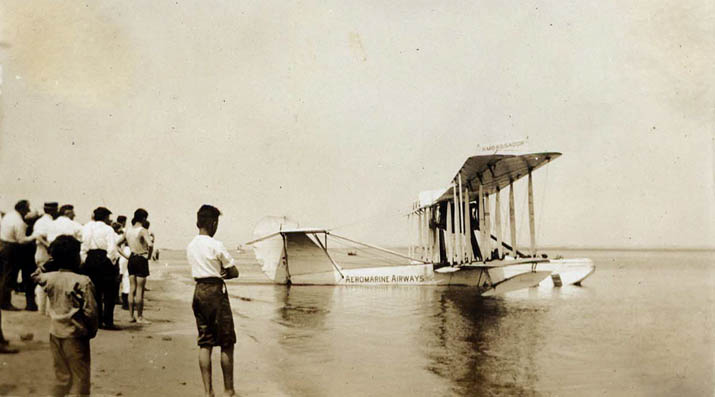 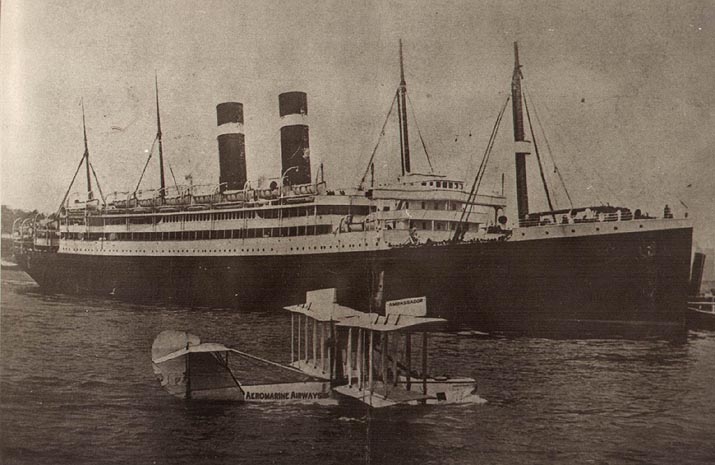 The Ambassador in New York harbour, passing the Lapland (18,565 grt, 620 ft. long) of the Red Star Line.
In the early 1920s this liner, built in 1909, plied the Atlantic Ocean between New York and Antwerp.
(Photo from the "Aviation and Aircraft Journal" of November 28, 1921)
Click for larger view (detail) 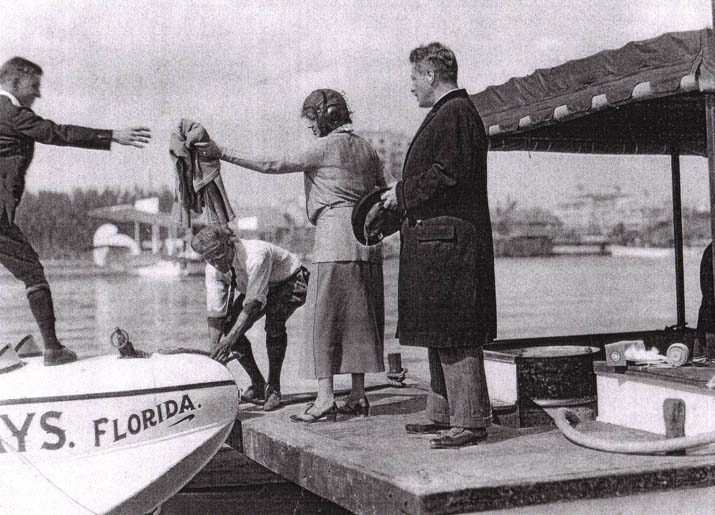 The couple entering the Florida at Miami in the spring of 1922 are Mr. and Mrs. Fritz Kreisler, the noted violinist of the era.
(Photo courtesy of Richard Allen)
Facts about Fritz Kreisler on the Wikipedia - The Free Encyclopedia website. 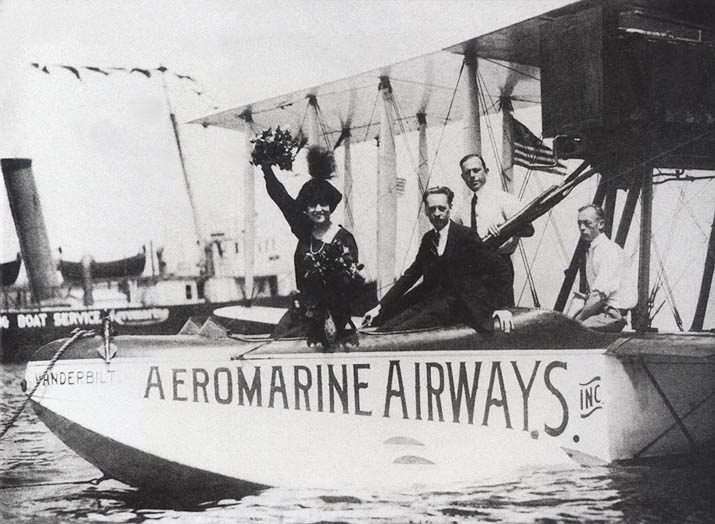 The woman on the Vanderbilt is the French opera star, Madame Sylva.
In 1922 she dropped flowers on the New York’s Soldiers and Sailors Monument.
The gentleman to the right of her is Aeromarine’s Publicity Director, Harry Bruno,
and standing behind them in the white shirt is Edwin Musick.
(Photo from "Wings Over America" by Harry Bruno, 1942) 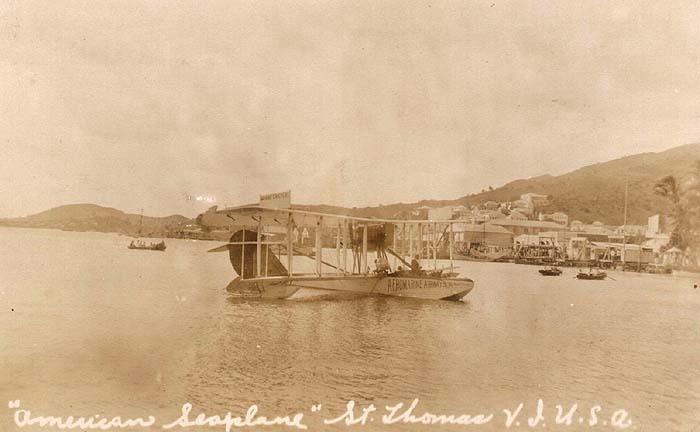 In January 1923 the Morro Castle was shipped to Puerto Rico, did exploration/barnstorming flights there and in the U.S. Virgin Islands.
Aeromarine was looking to expand in the Caribbean like Pan American did several years later.
Click for larger view (detail) 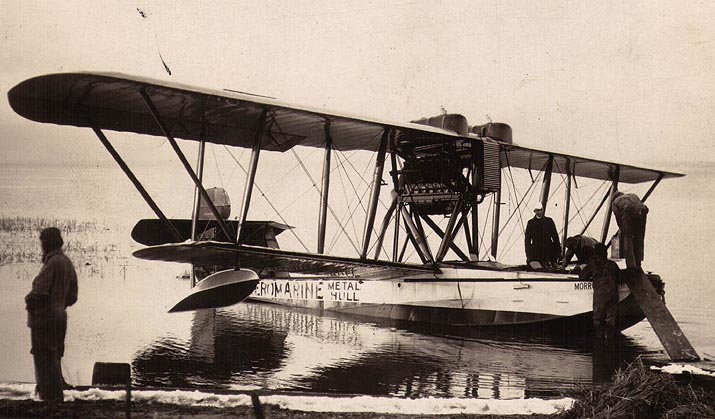