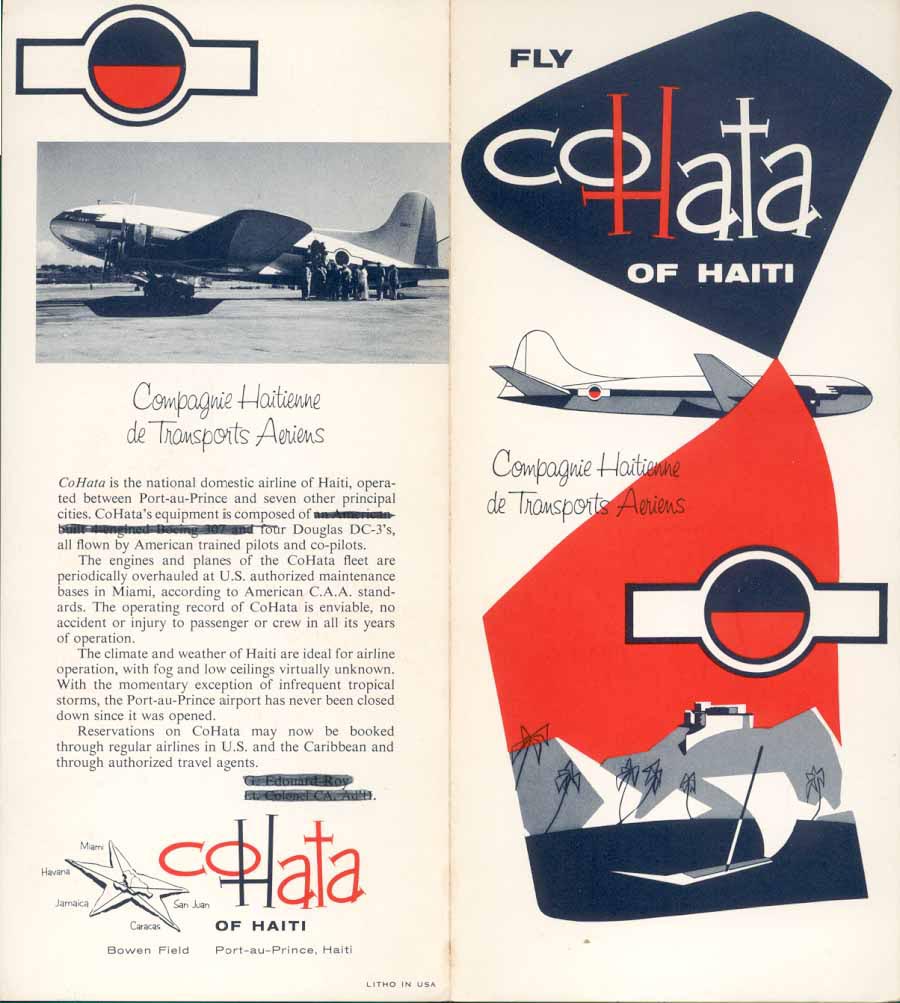 The information on a Boeing 307 Stratoliner (photo) being part of the airline's fleet has been deleted by the airline.
The 307, at one time used by Haiti's dictator Duvalier as his personal aircraft, was returned to U.S. ownership in September of 1959.
The timetable was probably issued in 1958, when the aircraft was still part of the fleet, but the flight times seem to
have stayed fairly unchanged since copies of this particular timetable are known to have been distributed by CoHata's headquarters
in February 1963 and even as late as in May 1966! (Days of operation, flights times and fares in CoHata's advertisement in the OAG
of April 1958 are identical to those below.) 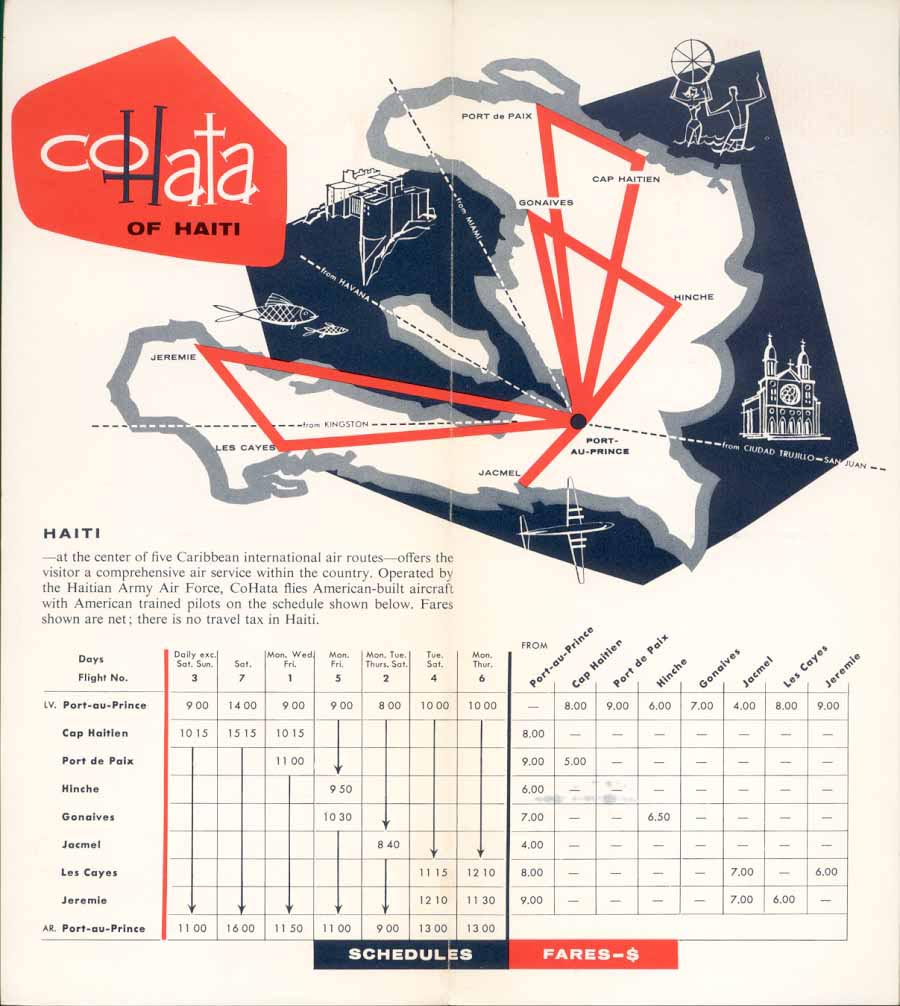 (From the collection of David H. Stringer)