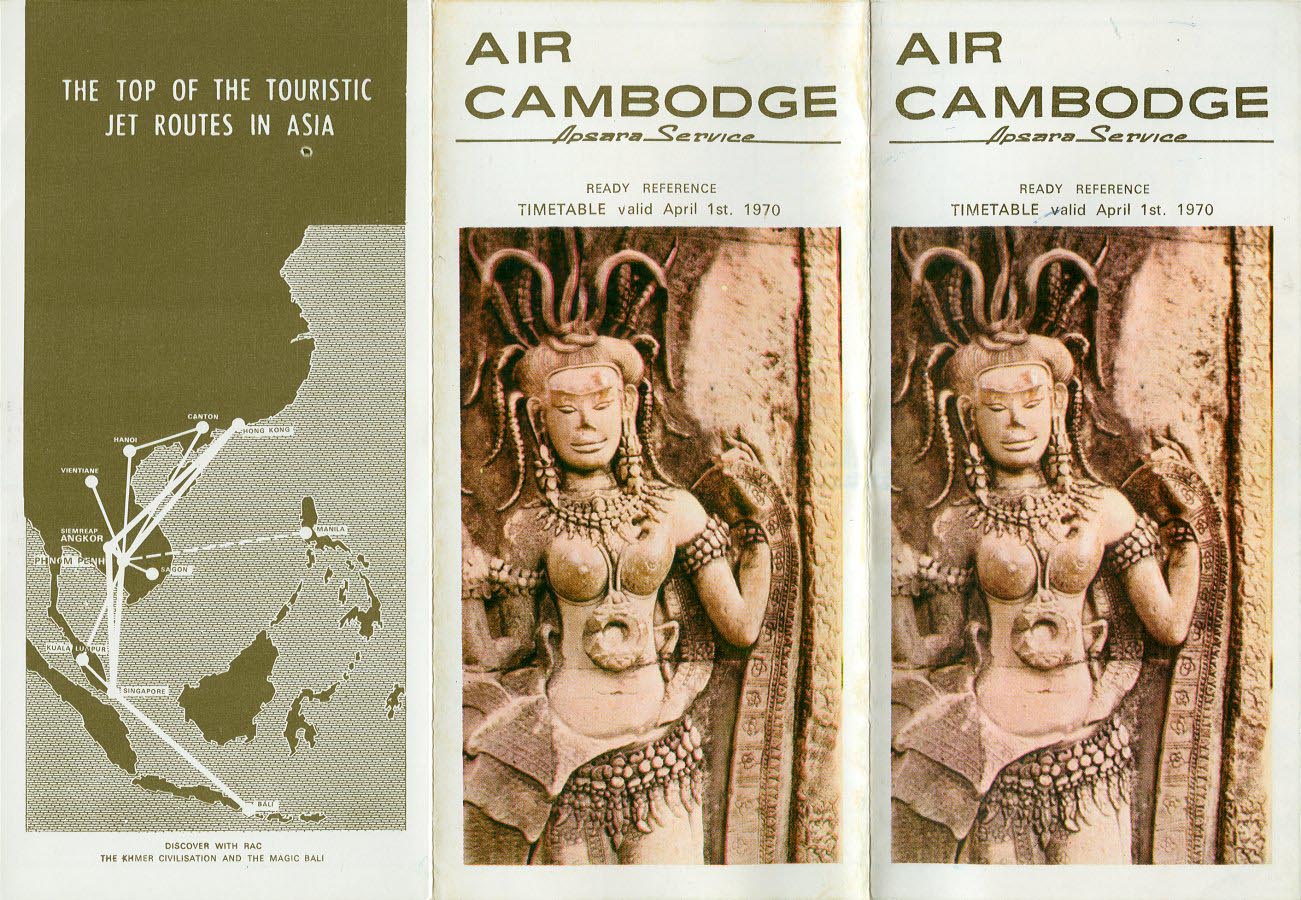 DZ
This timetable reflects the fact that the Cambodian head of state, Prince Norodom Sihanouk, was deposed in a coup in March 1970.
The airline removed "Royal" to become just Air Cambodge. (It still refers to "RAC" on the route map though.) 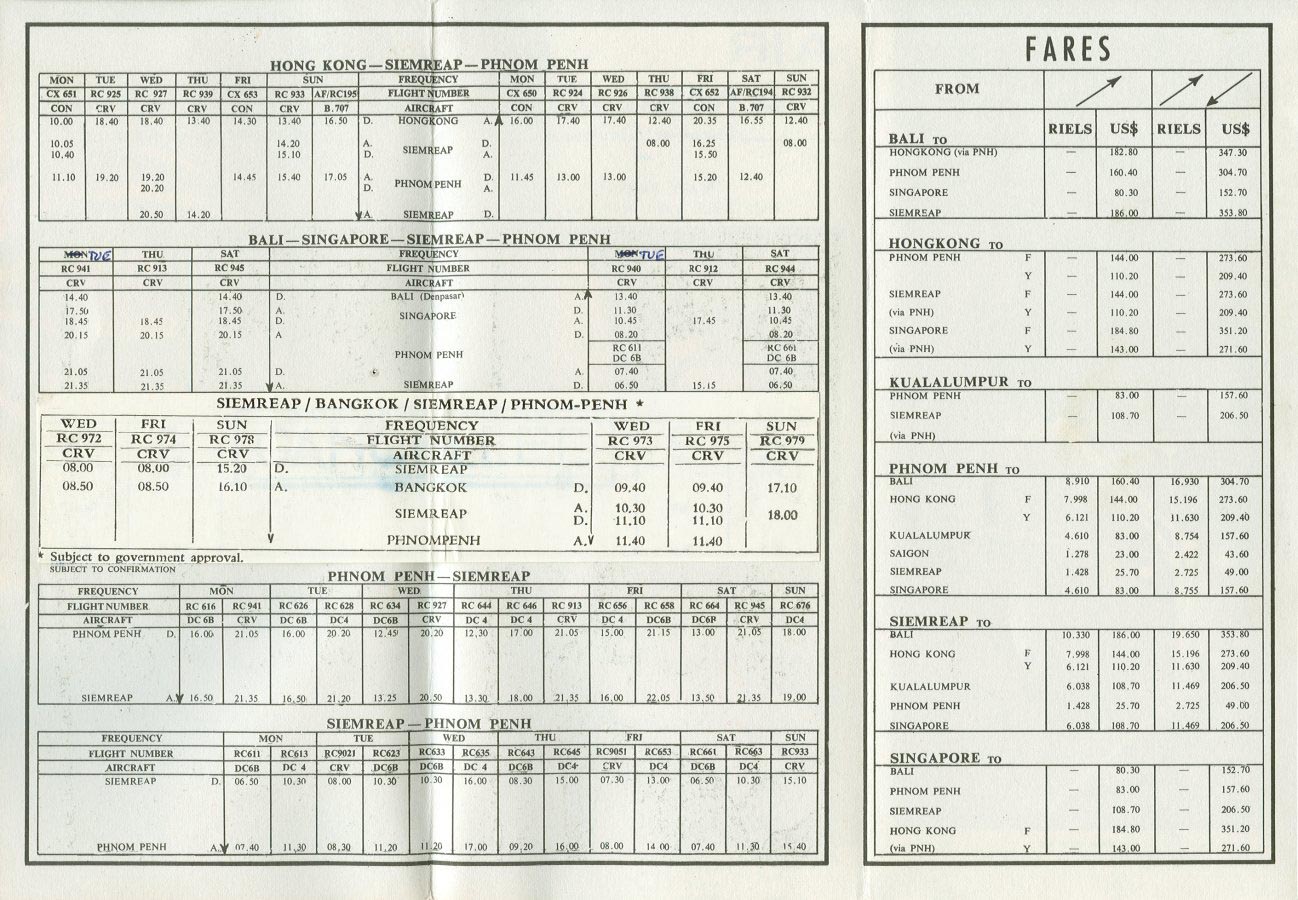