Back to Aeromarine "mystery". 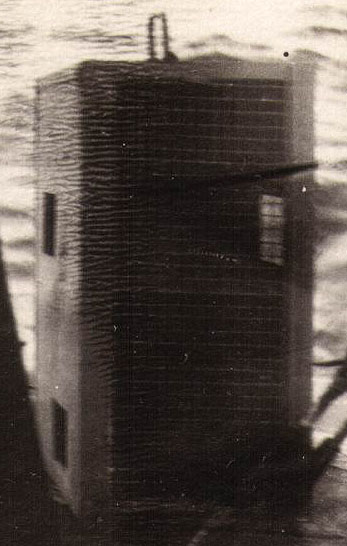 It is a homing pigeon coop attached to the wing of an Aeromarine flying boat.
Pigeons were used from 1920 to 1923. They were released and chucked out in mid flight with messages attached.
It has been said that they were often eaten by hawks.
Radios came early in 1923 on Aeromarine aircraft, making the pigeons superfluous.
(Photo courtesy of the Keyport Historical Society, Keyport, N.J.) 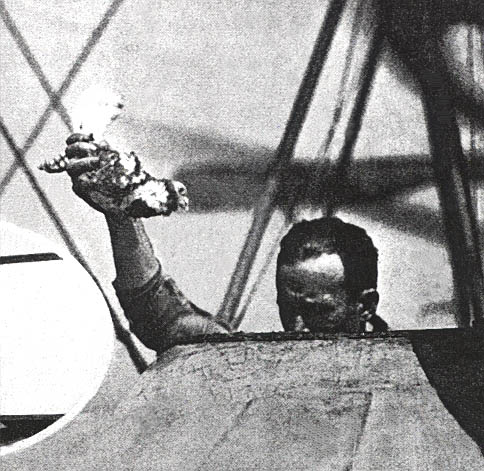 Homing pigeon chucked out of a flying boat.
(Photo from the "Aviation" magazine of July 3, 1922) 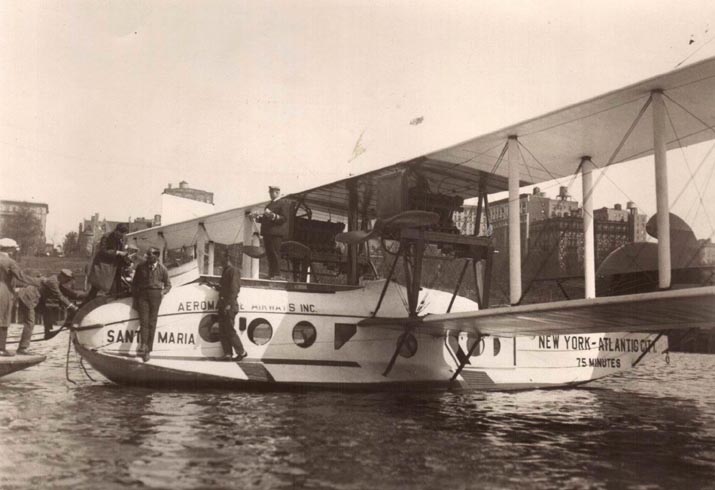 The Santa Maria at the Columbia Yacht Club in New York City in the spring of 1922 upon her arrival there.
The US Navy officer on top of the cabin is about to release two homing pigeons to fly back to Washington D.C.
to greet Secretary of the Navy Edwin Denby with the news of the Santa Maria's arrival.
(Photo courtesy of the Keyport Historical Society, Keyport, N.J.)
Click for larger view