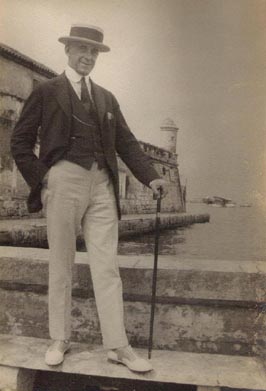 Charles Fraser Redden in the harbour of Havana with one or two Aeromarine flying boats in the background.
This is relatively the same perspective as in the photo of the wreck of the Ponce de Léon a few months later.
The photo dates to early November of 1922.
(Photo courtesy of Robert Fraser Farnsworth)
Click for larger view