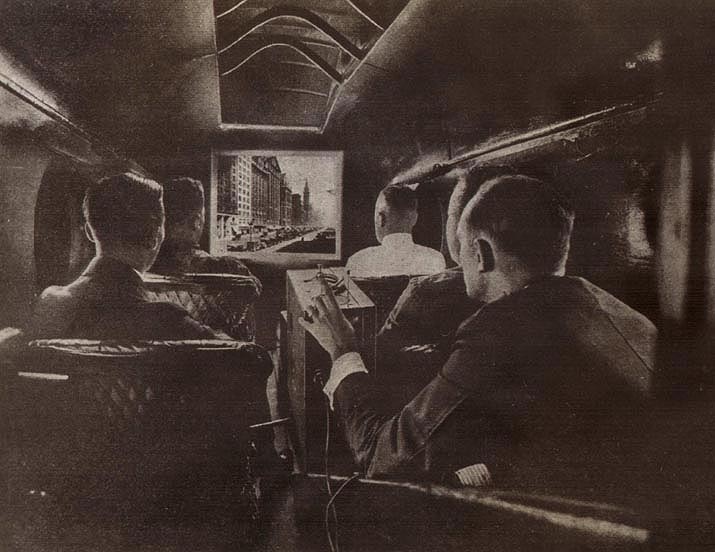 Below are two photos of the Pageant Hall on the Municipal Pier (later renamed Navy Pier)
in Lake Michigan, where the exposition was held.
(Photos courtesy of the Keyport Historical Society, Keyport, N.J.)
The official website of the Navy Pier details the history of the pier. 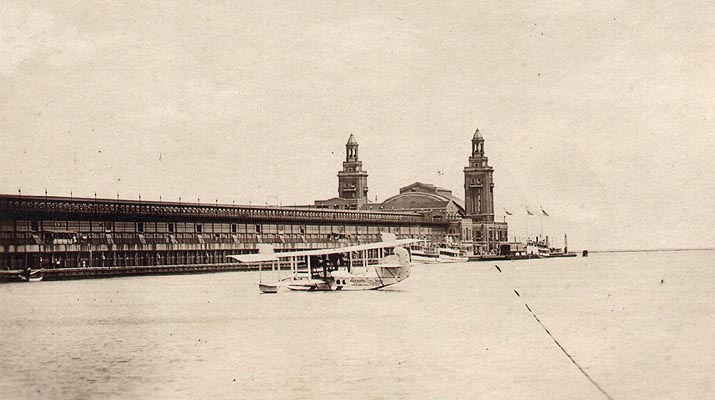 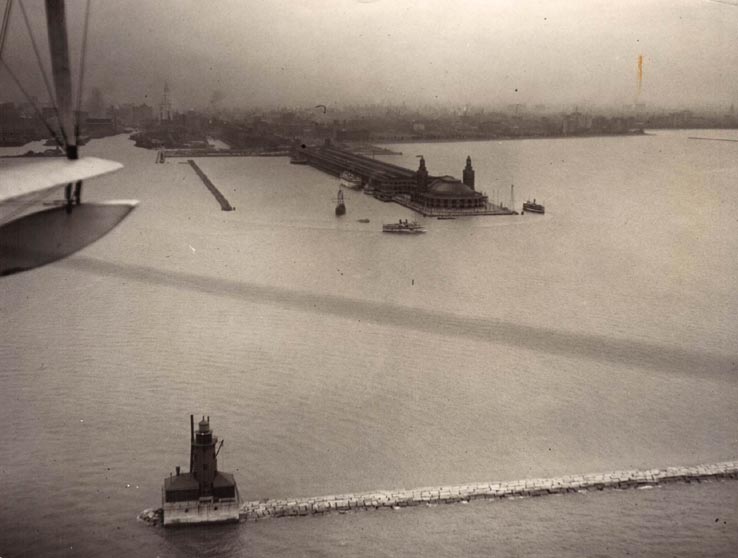 This was photographed from an Aeromarine Model 85, based on the wing tip float. 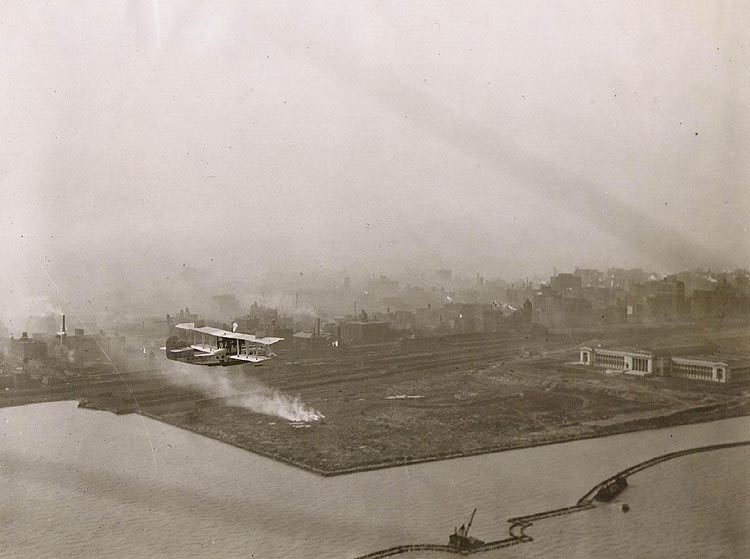 The Santa Maria over Lake Michigan in the summer of 1921 during the Pageant of Progress exposition.
The large classical building under construction is the Field Museum of Natural History.
(Photo courtesy of Robert Fraser Farnsworth)