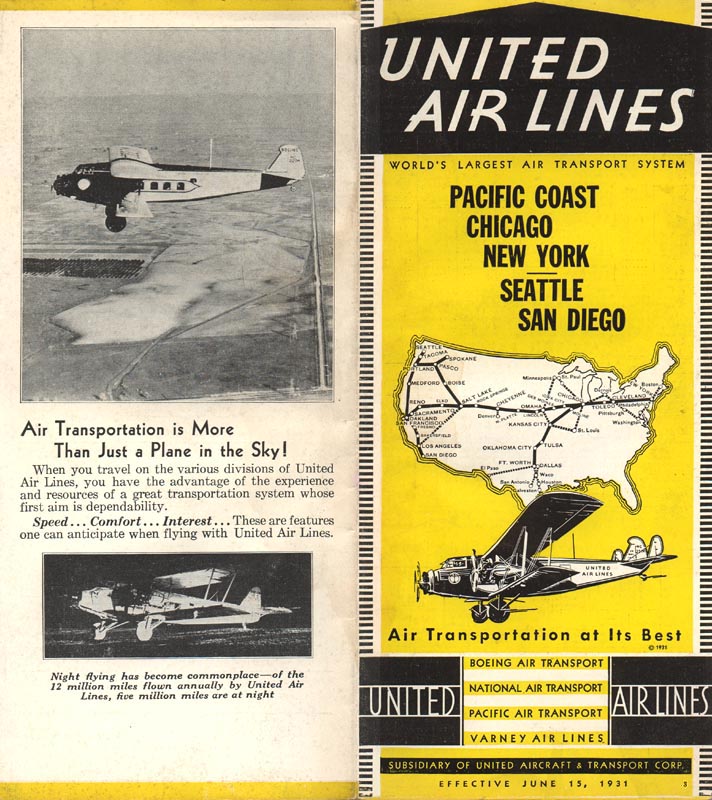 BL
This timetable has #3 on the front cover. The other June 15 timetable has #1. The only other differences between
the timetables are the pictures of the planes and cities listed on the front covers, plus the different text on the back covers.
Otherwise everything is the same. (See the complete timetable for images of #1 - the Tri-Motor timetable.)
It seems to me that #1 was intended for distribution in the New York/Chicago area and #3 in San Francisco.
I have no idea which area #2 was issued for - if there was a #2? If anyone knows, please let me know.
(Alternatively, #1 could have been issued by the National Air Transport division, considering the Tri-Motor picture
and the area promoted. Timetable #3 would then have been issued by the Boeing Air Transport/Pacific Air Transport
divisions, instead showing a Boeing 80A and promoting the Pacific Area.) /Björn